Agnes Scherer and Paul DD Smith present a new series of ceramics titled The Nile Set. Scherer and Smith take inspiration from the excessive and somewhat exhaustive design schemes of the baroque for their own inventions in earthenware. They have been looking at how particular aesthetics and activities cross breed to generate mysterious and sometimes comical hybrids. As examples, they cite the Church interior at the beginning of John Huston's film of Moby Dick, a porcelain dinner set made for a mining magnate and the falconry themed ornamentation of Falkenlust in Brühl. Scherer and Smith are interested in the strain under which these mashup themes push their designs to put an activity that might appear marginal at the center of moral, aesthetic, religious and economic life. The artists are interested in how these designs evoke the feel of a parallel world, an impression that connects with more contemporary notions of the psychedelic and an effect that exceeds the conditions of patron and artisan in which they were created.

The Nile Set is Scherer and Smith's own cross breed of tennis and Ancient Egypt. It is and is not the dinner set of an exclusive sports club. As the motif is explored, other strains of influence mutate and warp the mix. The artisans might have lost the plot or their patrons are too busy playing tennis to care.
1 / 1 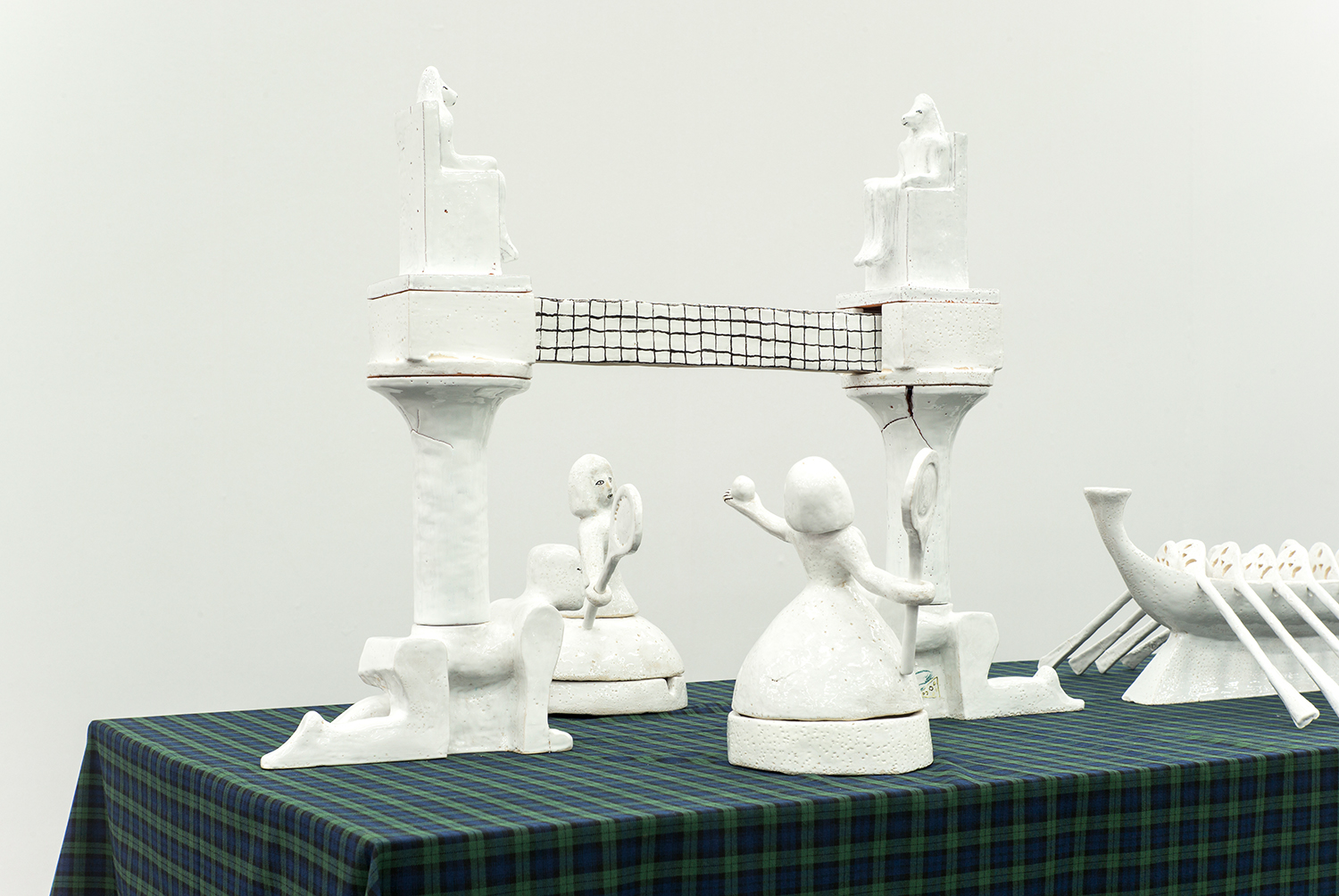 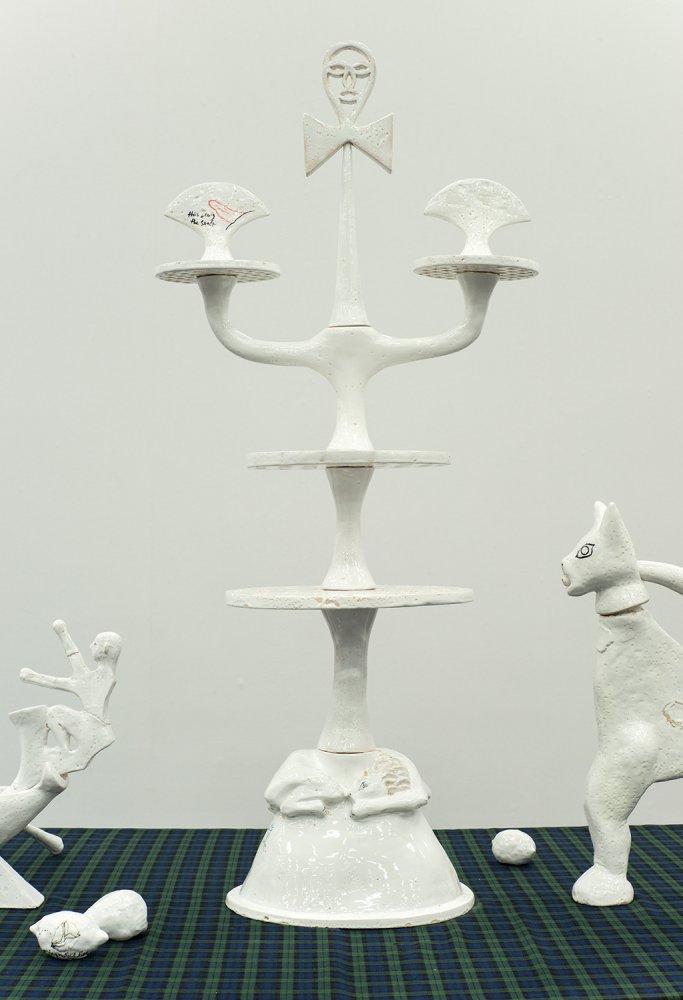 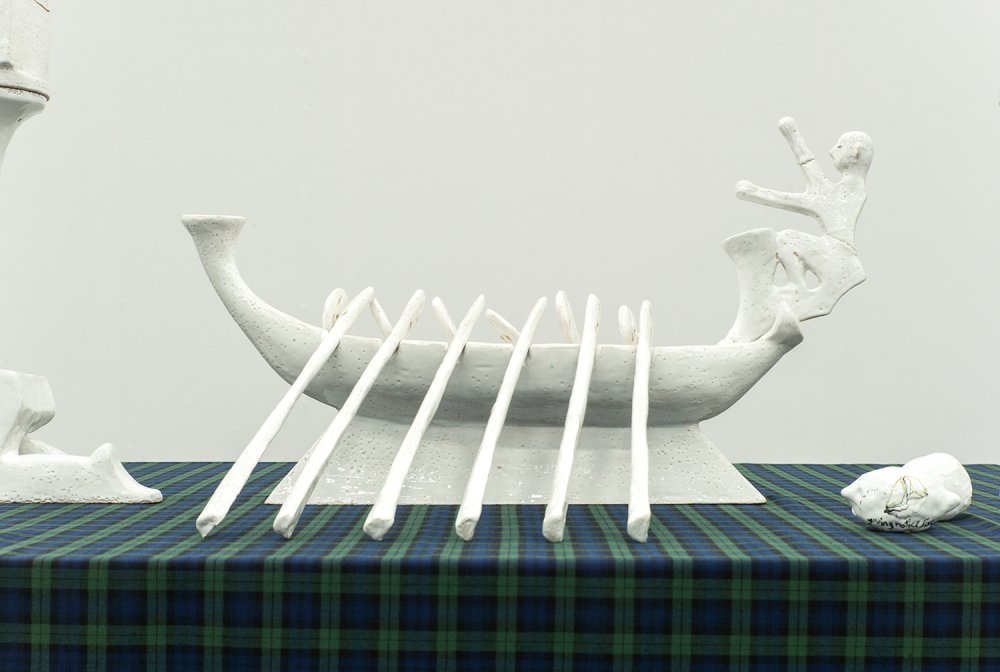 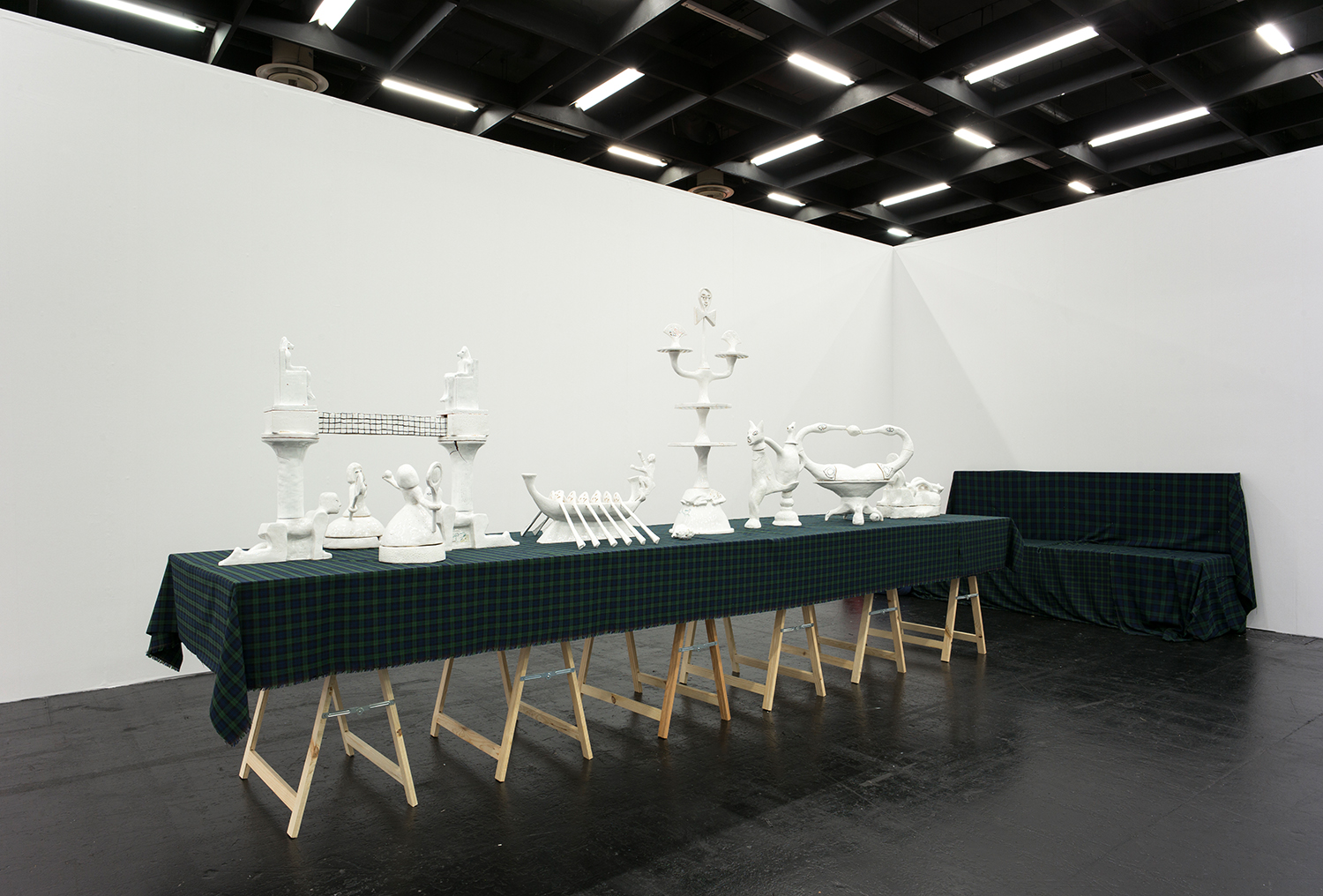 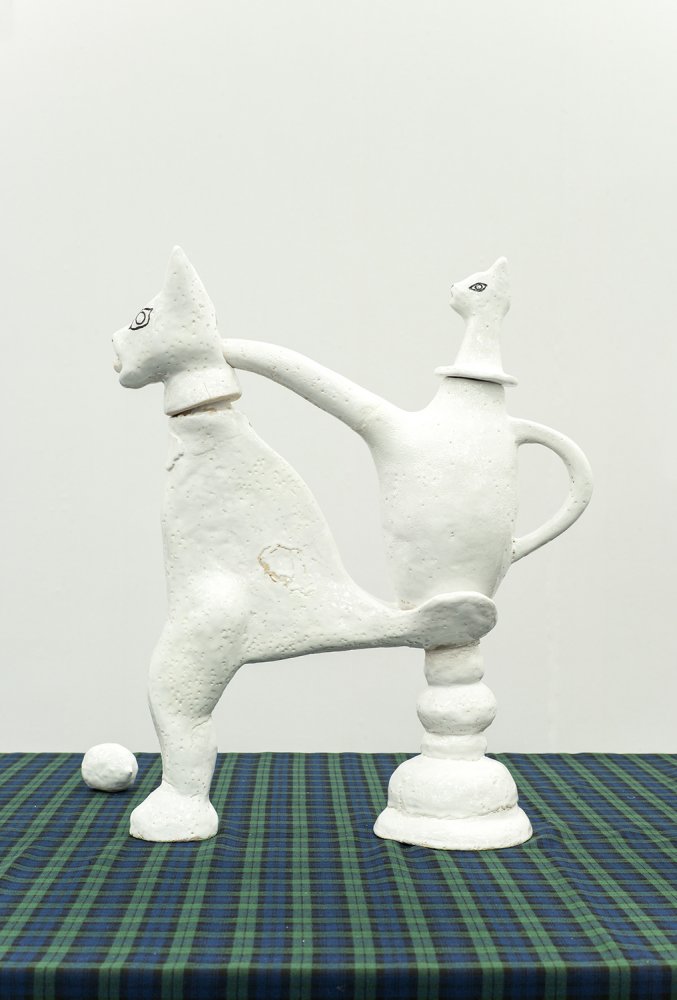 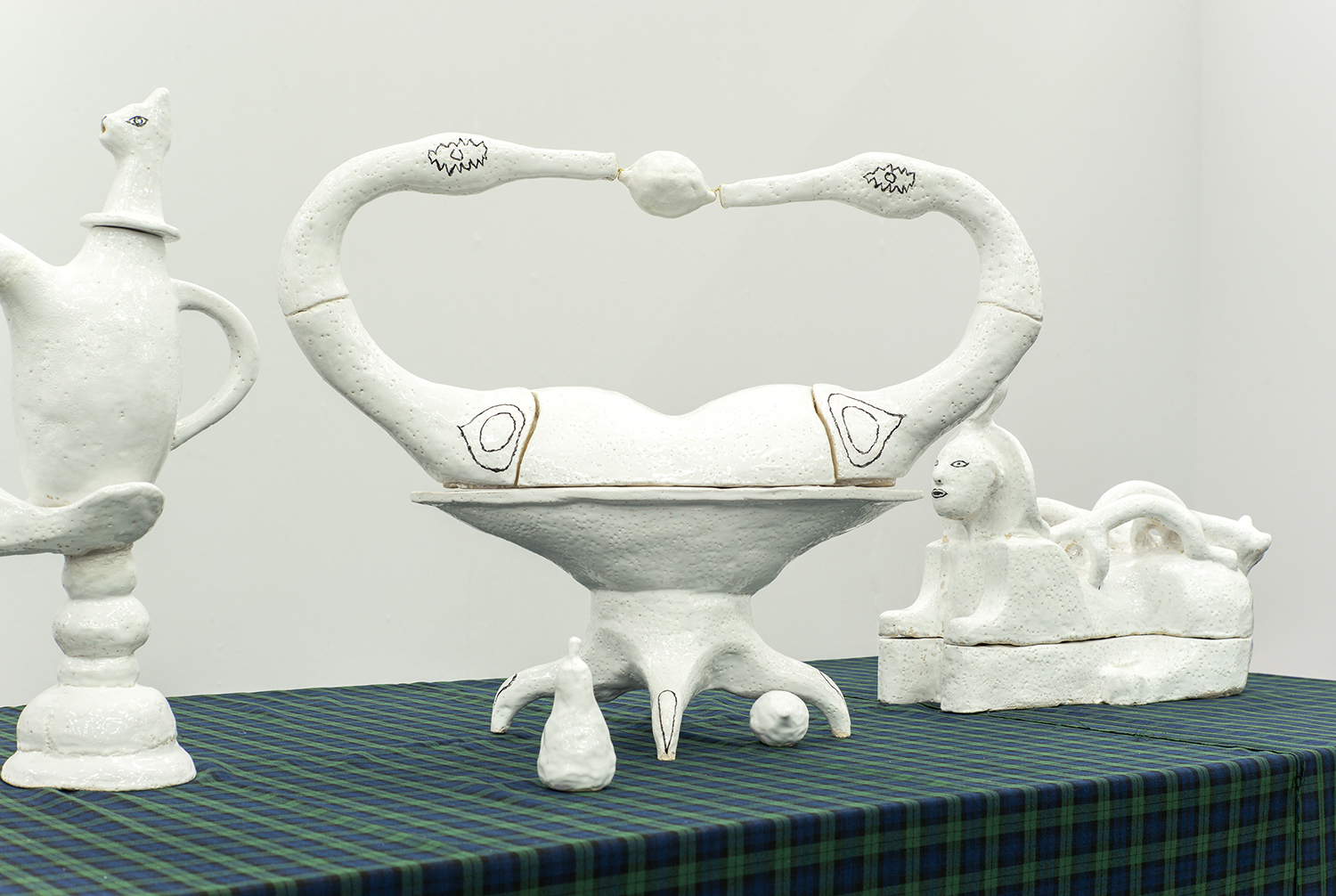 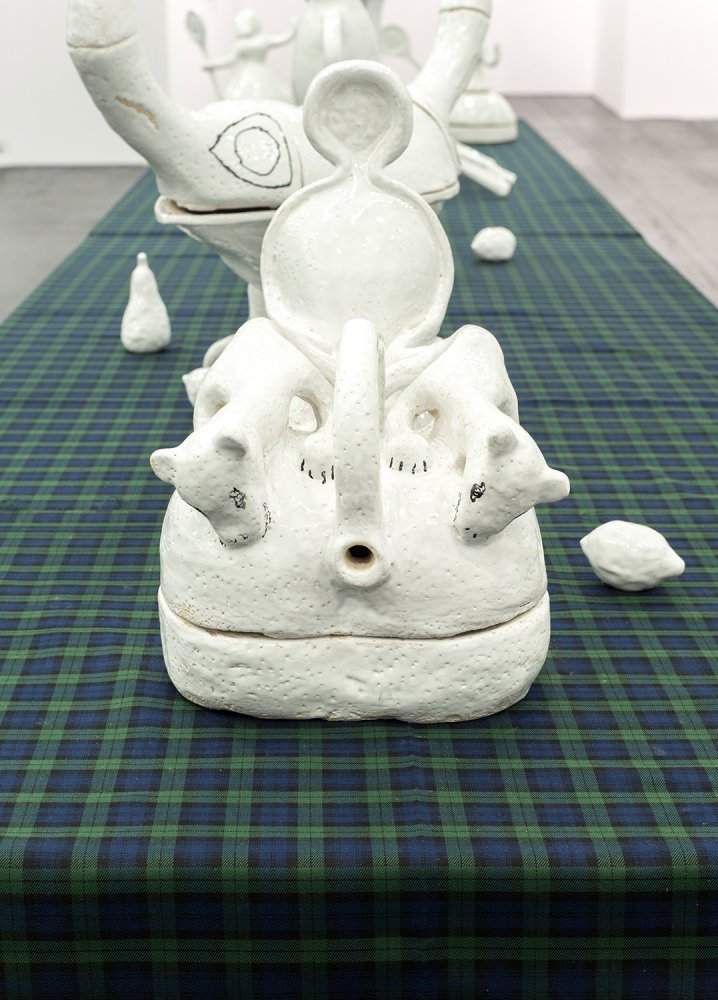 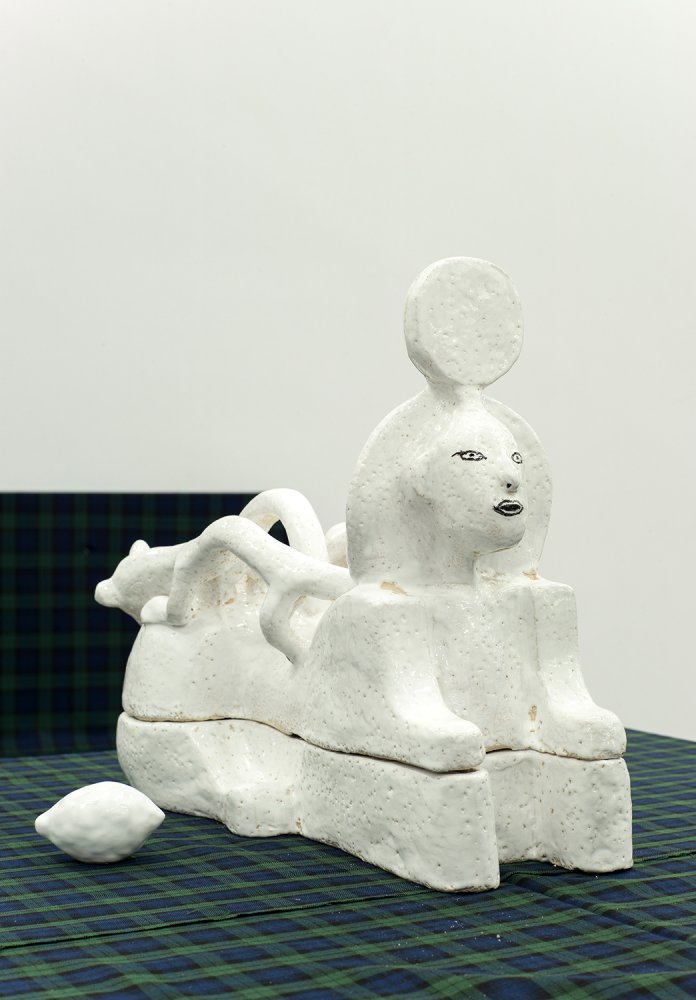 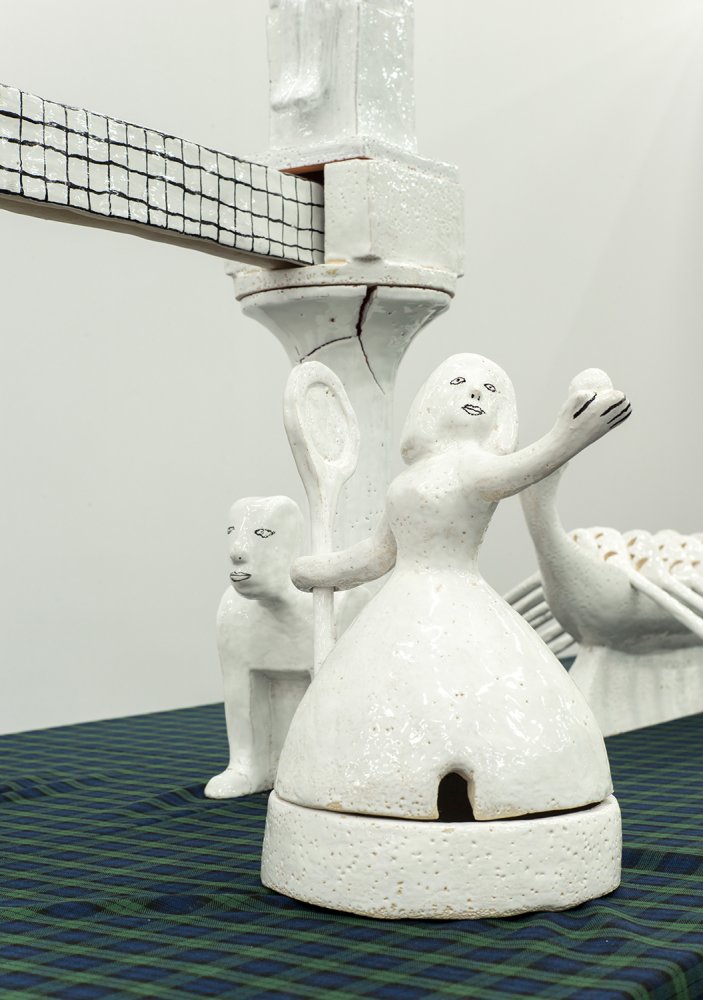 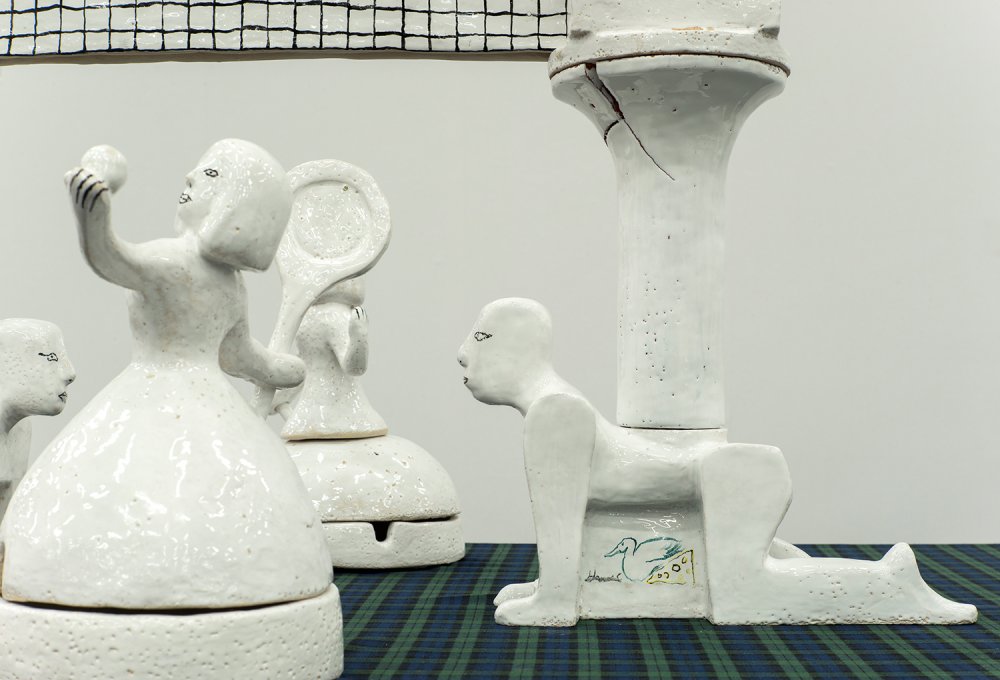