It is morning and the sun has not yet risen as I walk to the kiosk, the mild temperatures herald a bright day.
The shopkeeper sits in an office chair in the blue neon light behind the counter, next to him a four-year-old boy. Mesmerized, they both look at the rather high up television set – the Japanese are being gunned down, in due accordance to their prior cruelties. Late last night these two were already bravely holding the fort and watching something else. As I set two drinks on the counter the shopkeeper checks the wares, one eye barely noticeably detaches itself from the television set and he announces the resulting sum – this time it is 7. He takes 7, again his eyes aim narrowly past me, towards the television set hanging behind me. I stay a bit longer and take a closer look at the man – his hair is severely combed back with oil or something similar. The comb furrows are still clearly visible, a pale-sallow face, there is something amphibian-like about him, a yellowish-white liquid drips from his ear onto his shirt collar, he takes no notice.
I think about touching his face, but get distracted by a pain in my heel and at the same time I see a young woman wearing a security uniform walk by outside – I go after her.
She wants to take the bus out of the city. As we wait for our bus a woman across the street dumps a can of trash into an overly full dumpster, much of the innards falling splat on the street, the bus arrives. We spend a lovely day in the countryside.
1 / 1 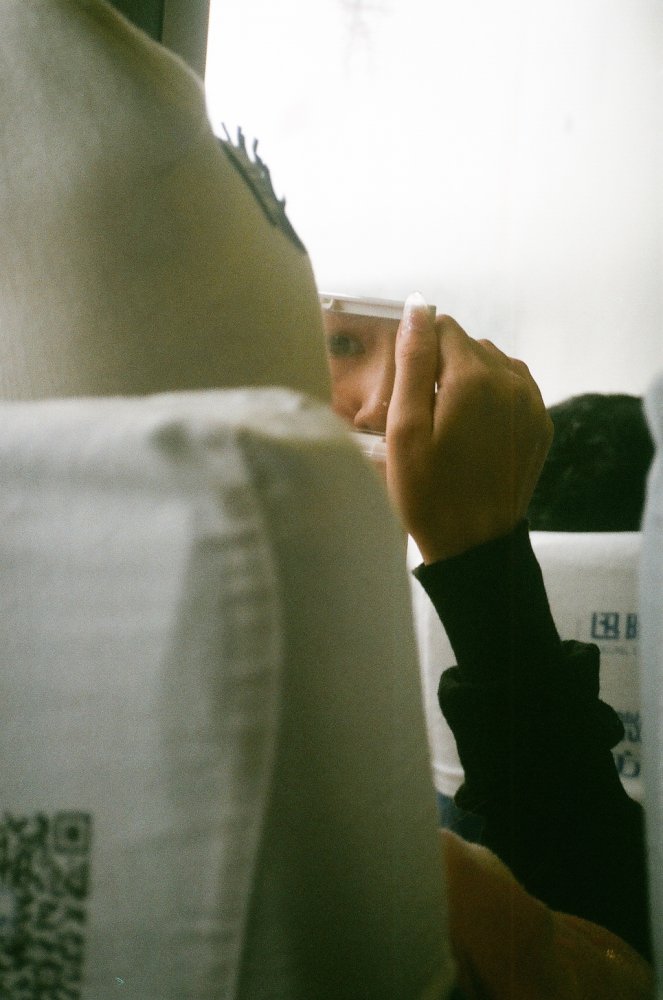 I eat oily noodles for lunch with onions and narrow strips of beef made by the Chinese guy who cooks halal – he’s a Muslim. A poster on the wall shows two girls with headscarves praying, their gaze directed up into nothingness, in the middle a golden mosque.

In the evening I make my way to the market street, again past the pharmacy that advertises free Wi-fi and past the place where the day before yesterday a mother hit her three-year-old in the face with a wooden stick and past the fish that are still, just like last time, swimming dead in the tub.
Note:
to experience intensity.
The events in close succession create a plateau of culminations without visible peaks – a never-ending, homogenous plateau of pinnacles.
I am too tired to try anything new and make my way to the same barbeque stand. Today I am worn out by the Chinese and their made-up manners, their traditions they cling to and the Chinese on their ridiculous, soundless electric motorbikes and their honking - even when they run a red light they honk at pedestrians to get out of the way. The Chinese that do so willingly, without second thought really get me down. Most Chinese don’t seem to be able to think critically, they would never question anything given, let alone take action – they roll through life like soundless electro-scooters.
Things that are big and flashy-looking, that’s what they want and why they all run around with Nike and Adidas clothing, those with money have the real stuff, those without the fake. Otherwise everything is Apple or has a bitten apple logo: garage doors, socks and bathroom furnishings. Everywhere the same style, here and 2500 km to the east: the same old. With the same stuff everywhere how could one develop an individual taste. And so it would seem with their opinions, mindsets, their unpassionately set goals that follow the one and only truth that is believed in – money.
1 / 1 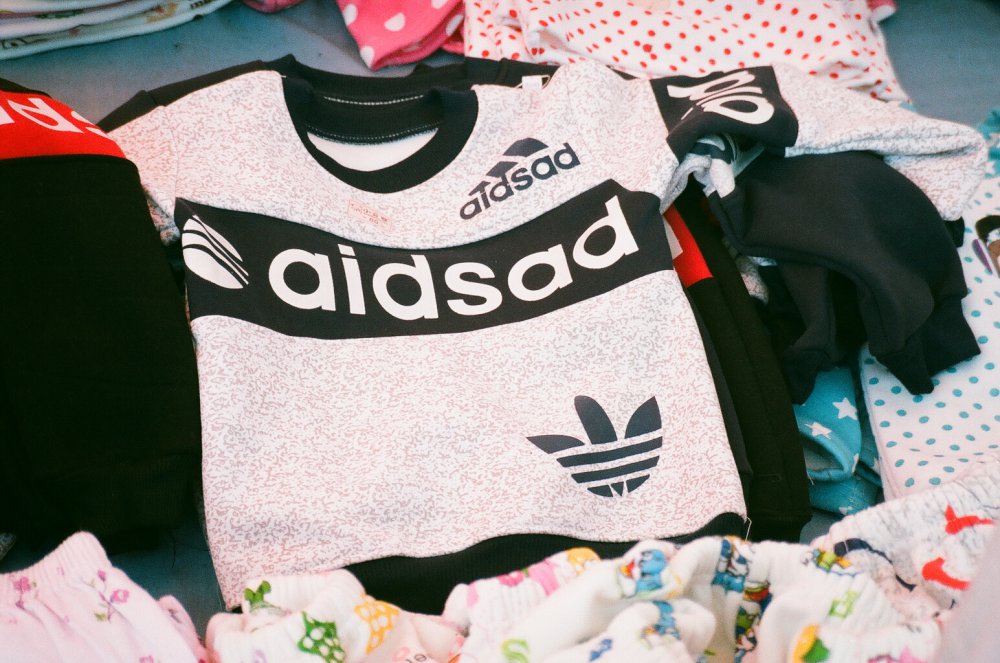 (I’ve rethought my entry from 2016-01-15: It might be a mistake to favor our compulsive individualism or the exceptional over the generic in such a sweeping manner and even to judge from a western viewpoint at all etc.; On the other hand there are good reasons to believe that a majority of the Chinese are unhappy or depressed, much more than in the West, hence the sluggishness. And I only just recently read this:
‚Several of the government officials who committed suicide became depressed when they were investigated for corruption.’)
In the afternoon I climb a huge mountain, which sits enthroned behind the city. Practically only Buddhist monks are on the path. They are very slow because they let themselves be distracted by their smart phones and stop; at some rest areas they sit and transfer sums of money to each other via We-Chat.

On the descent, at an especially spectacular observation point, a gloomy Chinese man sits. He immediately confides in me. Directly after introductions he asks me where the truth lies, upon which I bluntly answer that there apparently are no contouring outlines, all transitions are fluent and events make do without any deeper meaning; only we stand before them and try to order them, so that at the end of the day we may consolidate them into a framework. I wonder if I should also illustrate my theory of “contemplative nihilism”, but I leave it at that. I hope that I have released him from some of his existential burden, but his furtive glance into the abyss tells me that I’ve missed the target. In another attempt to uplift his spirits I show him a painting of Baltus (‘Thérèse revant’), which I always keep on my cell on longer trips, but his eyes remain dull. I quickly continue on my way down to the valley and by early evening I am already back at the apartment.
1 / 1 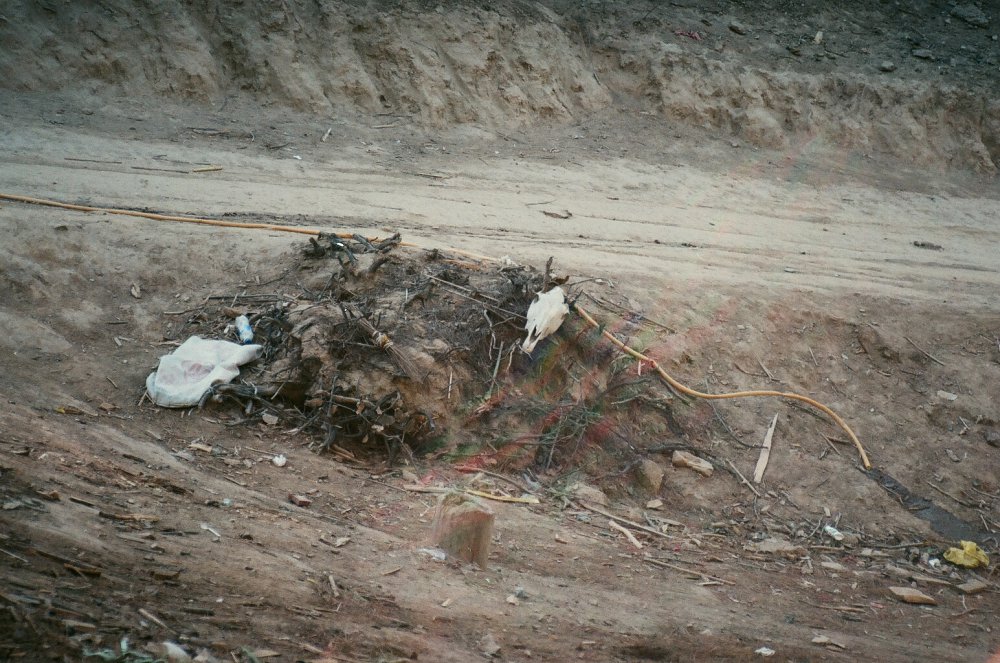