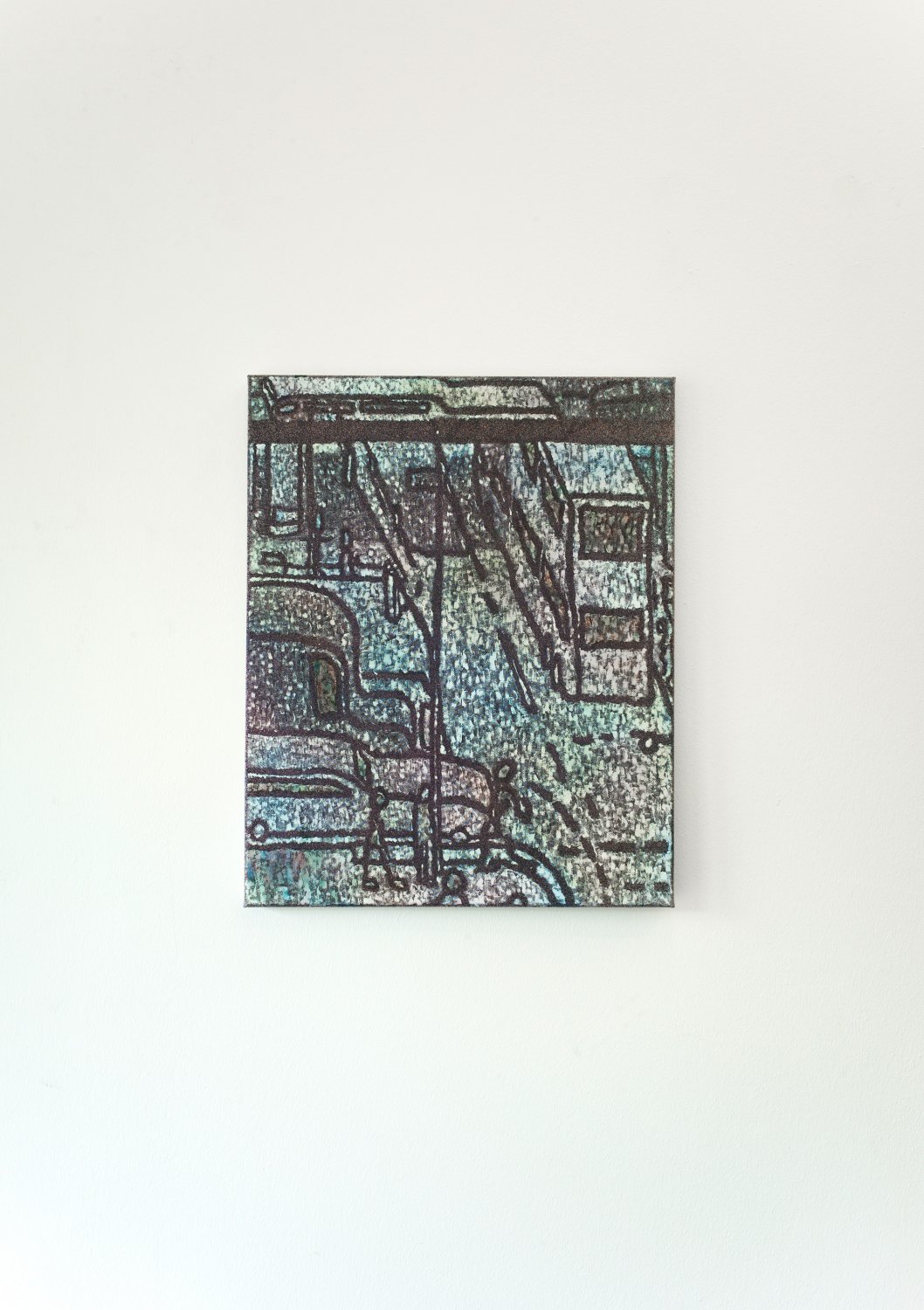 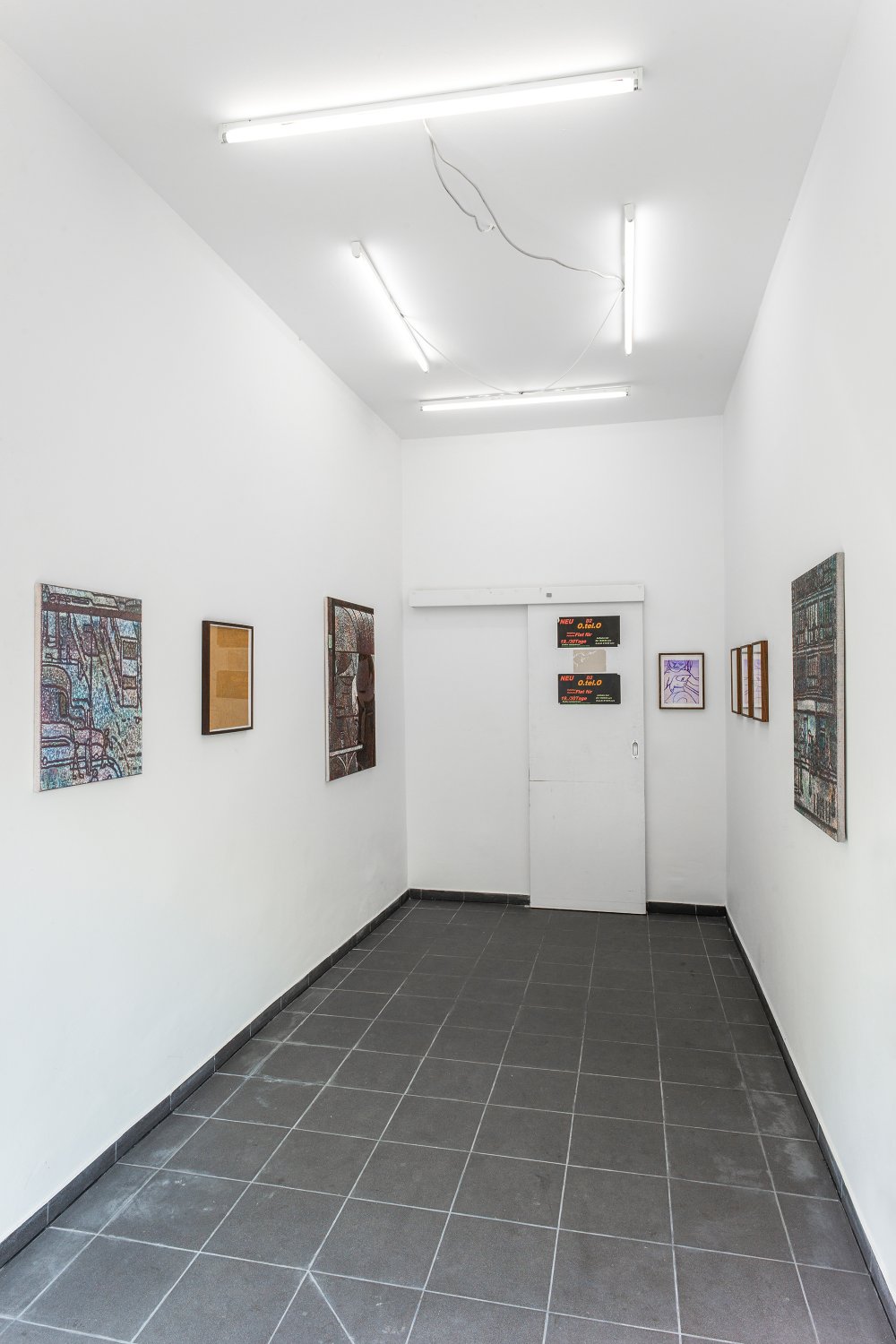 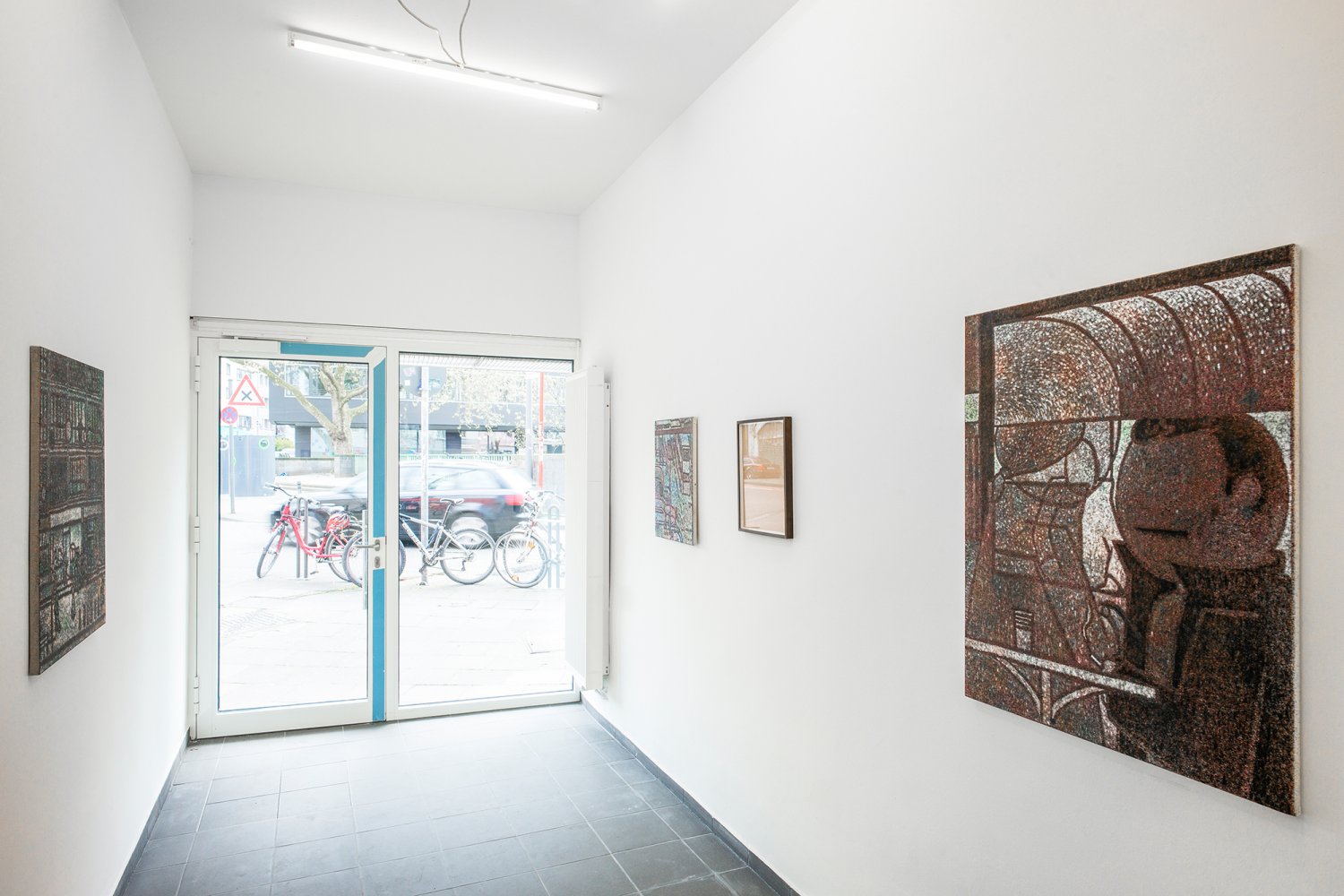 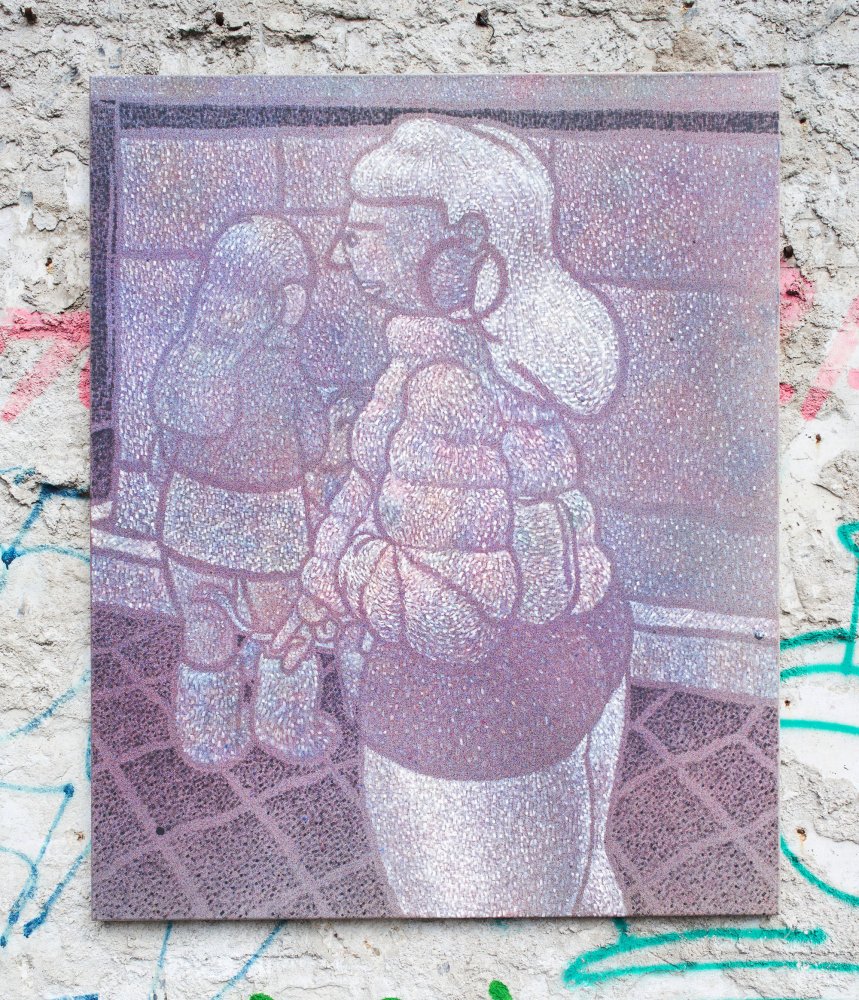 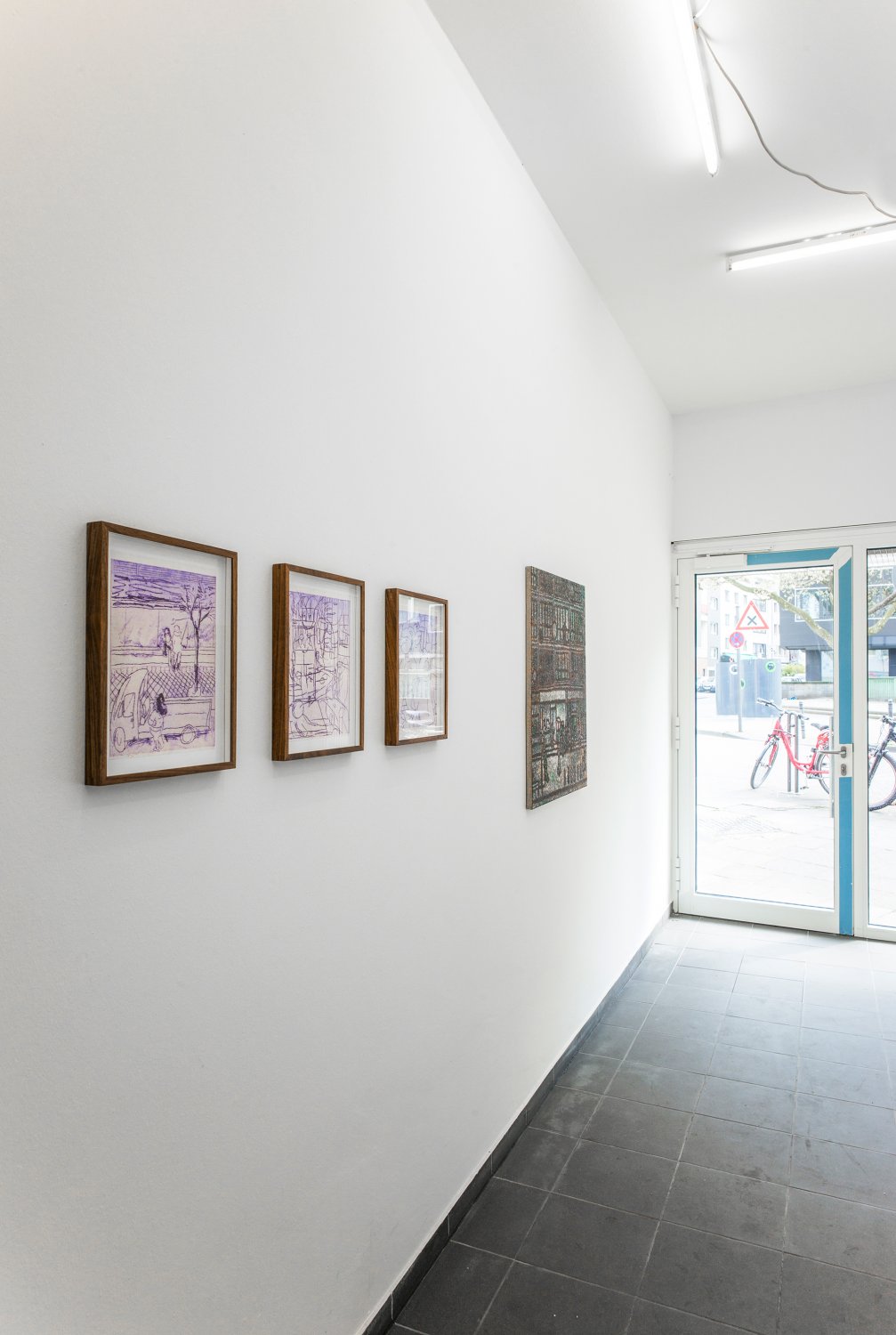 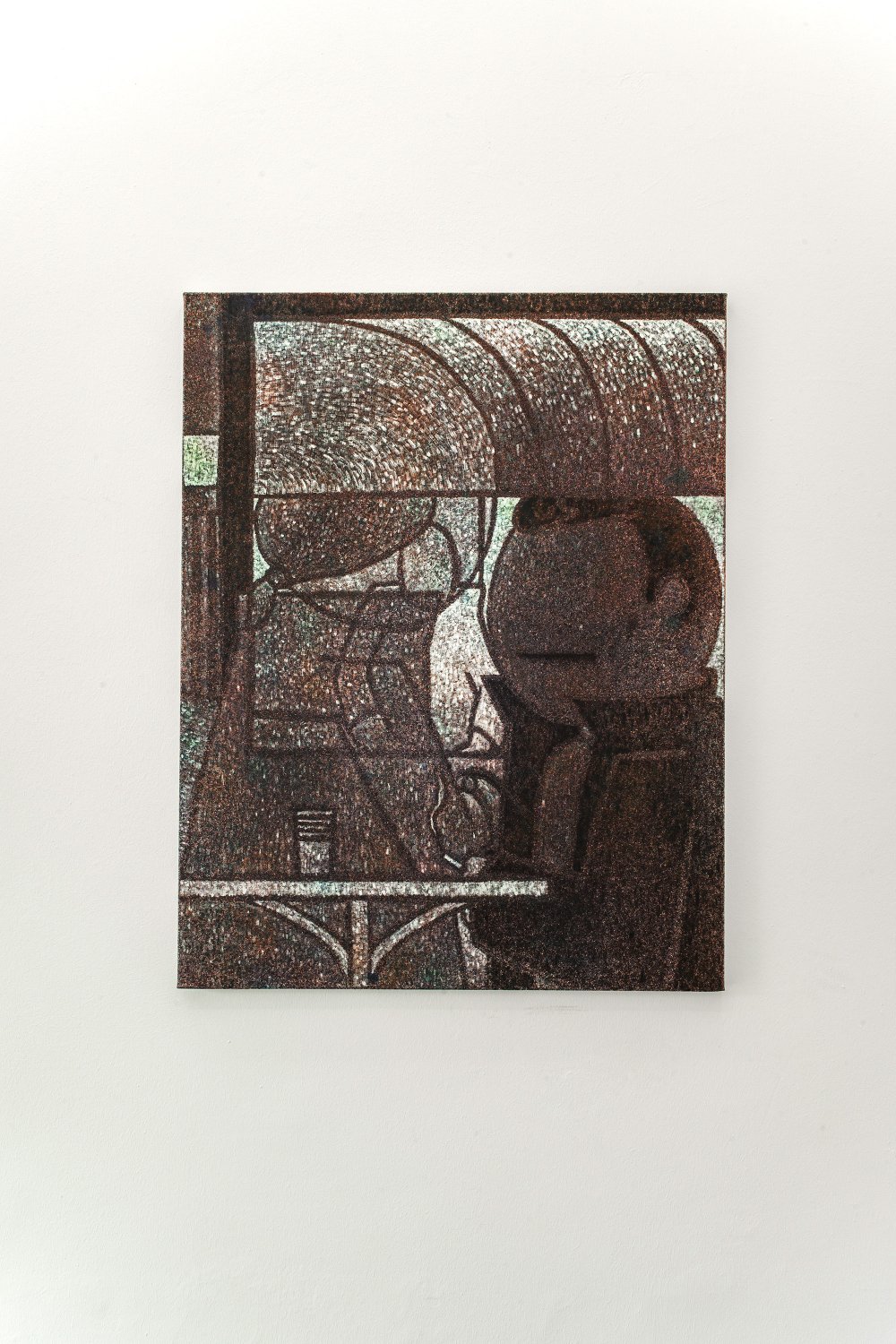 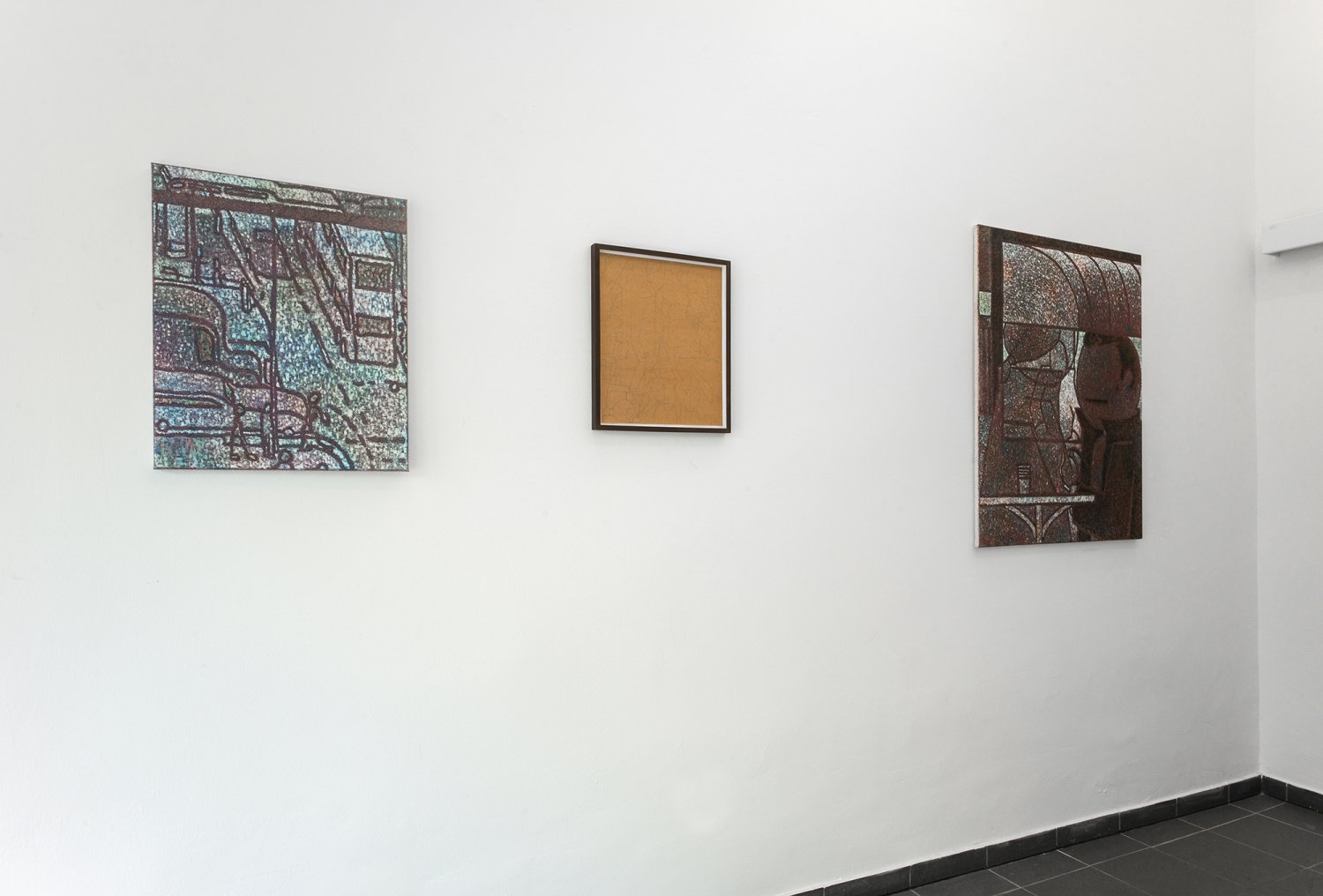 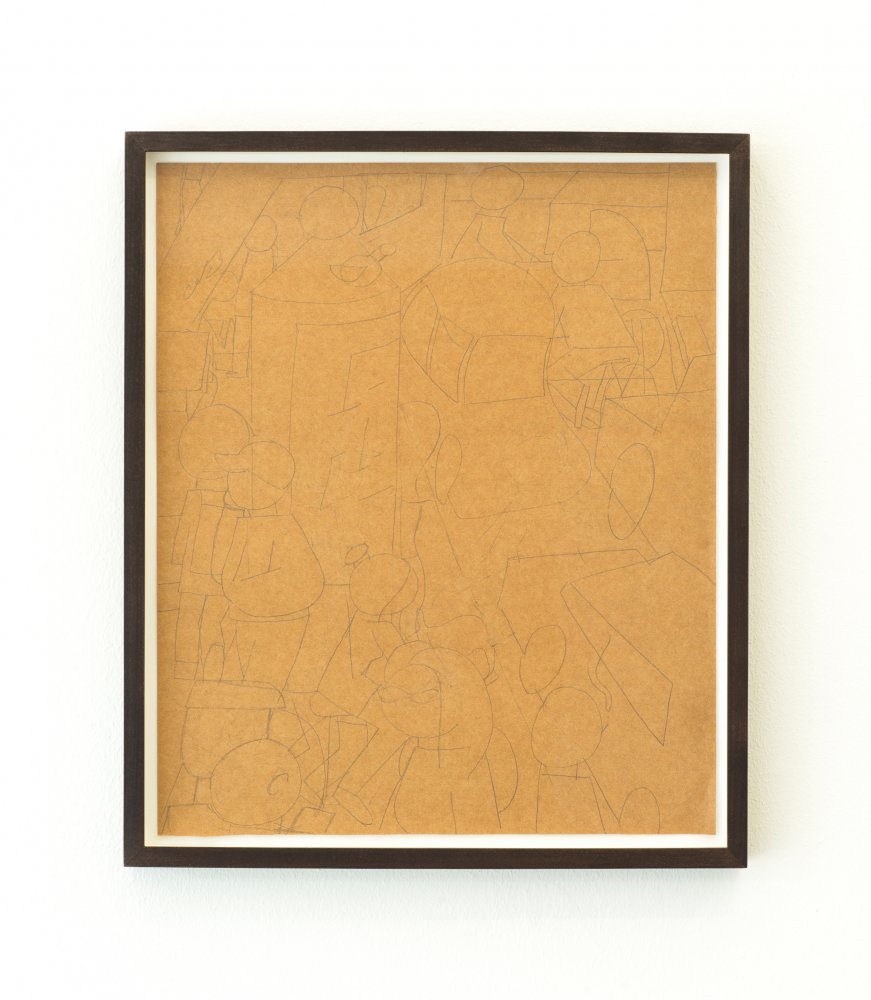 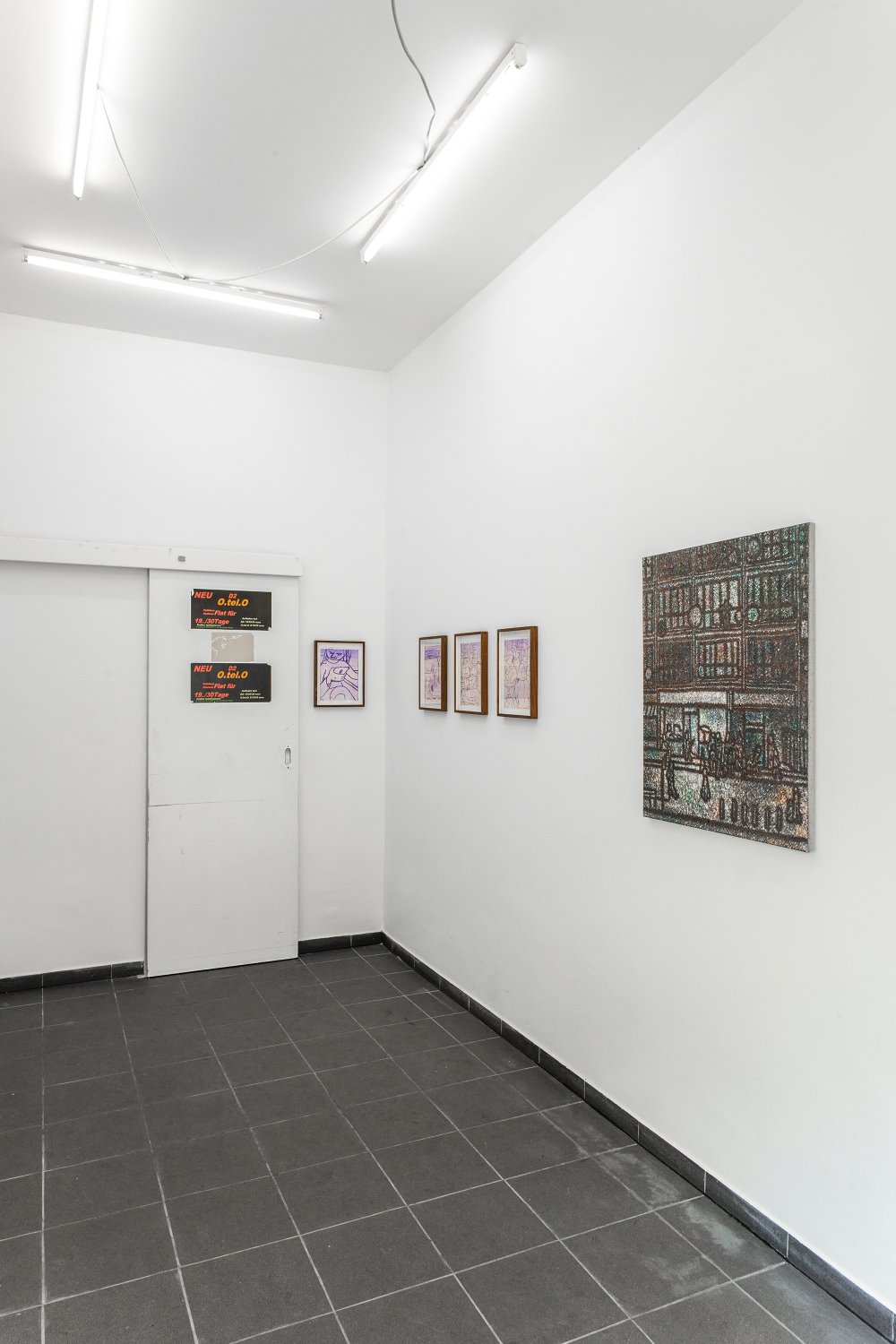 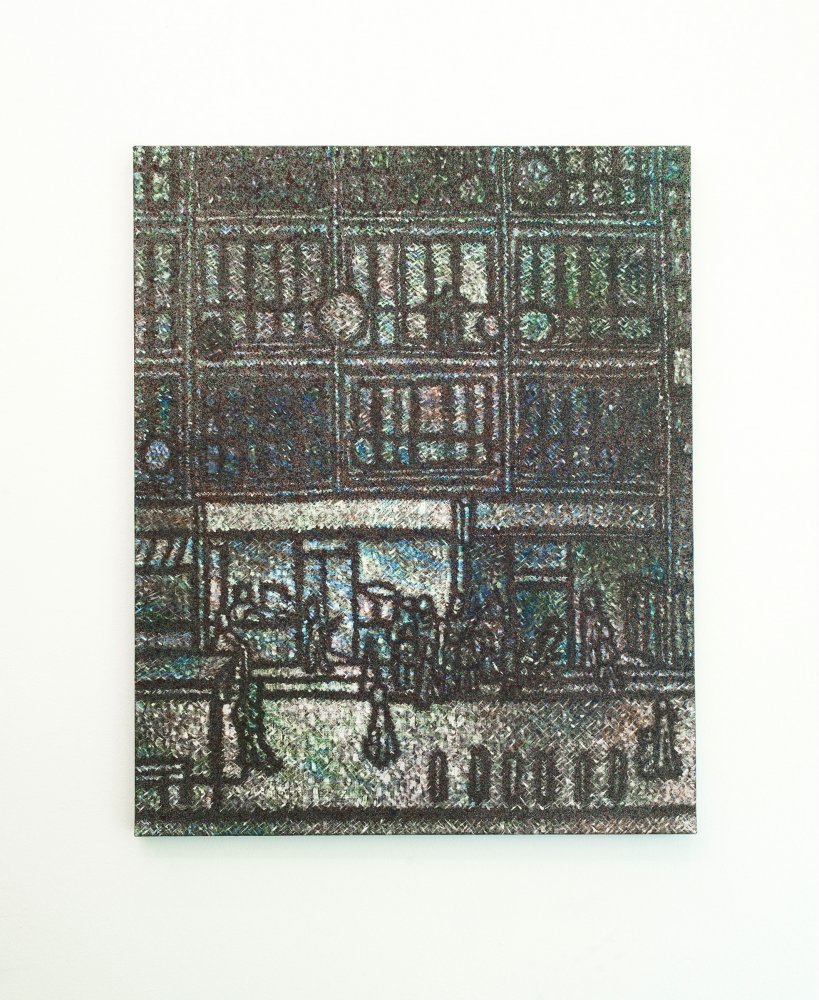 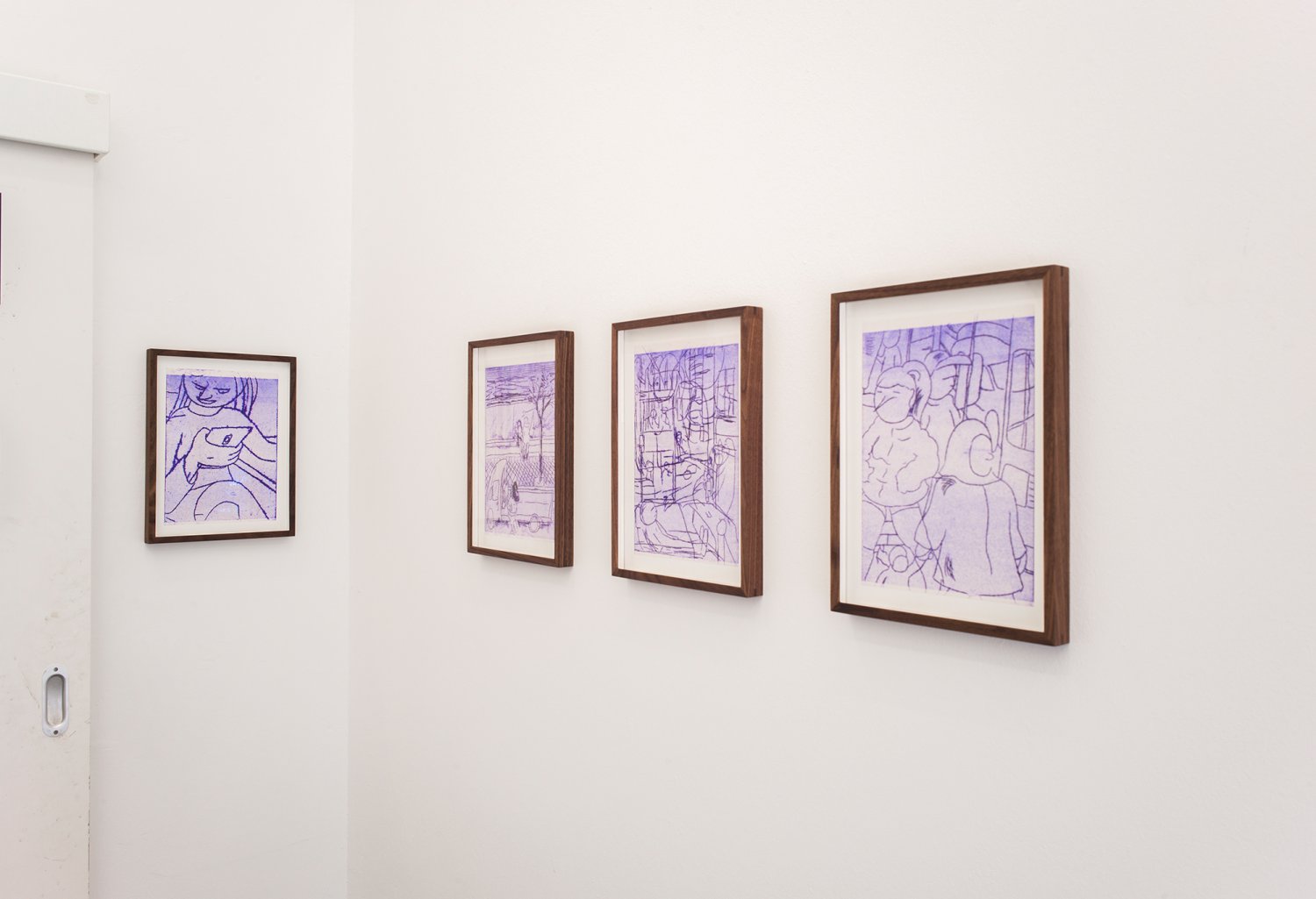 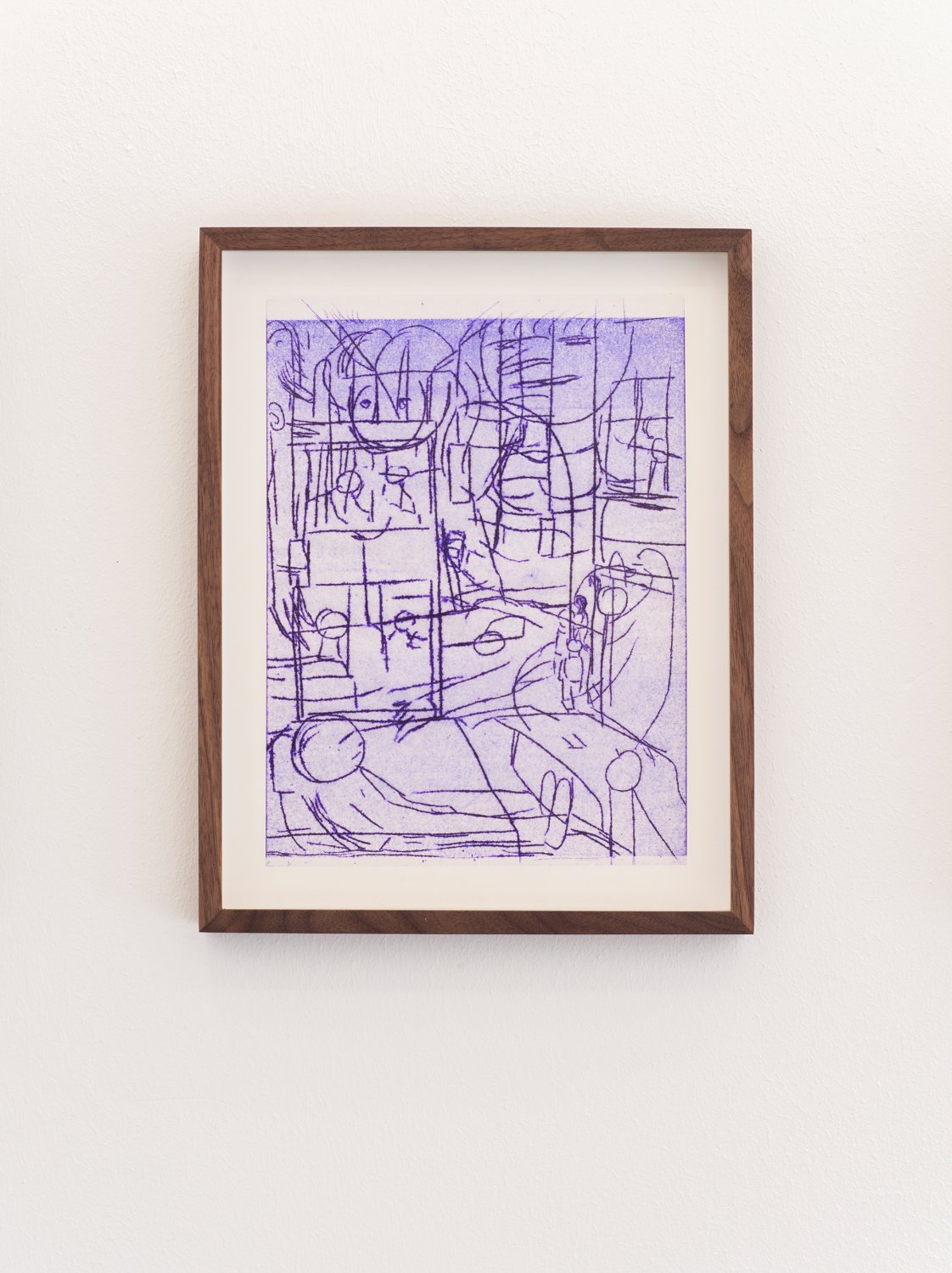 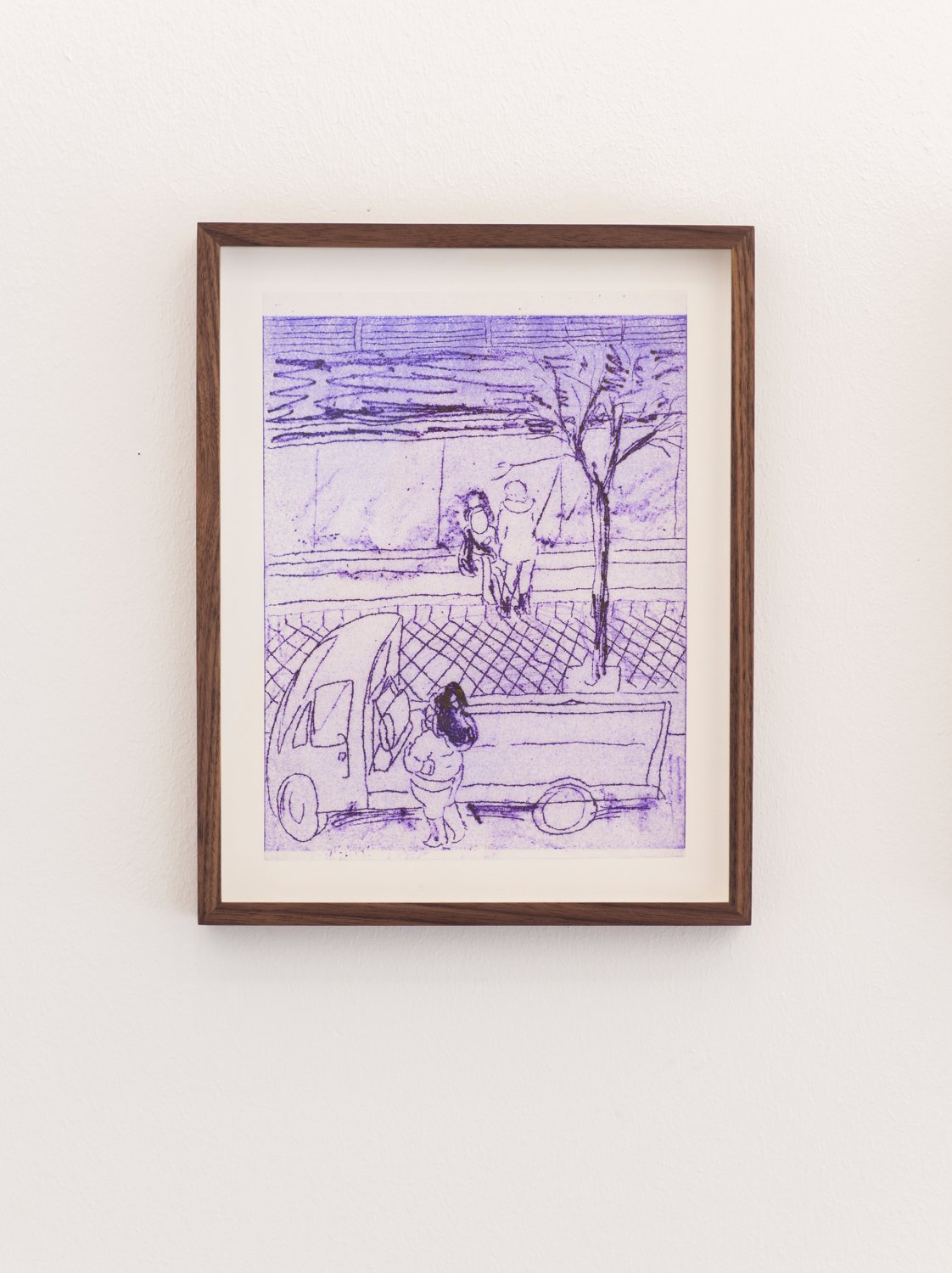 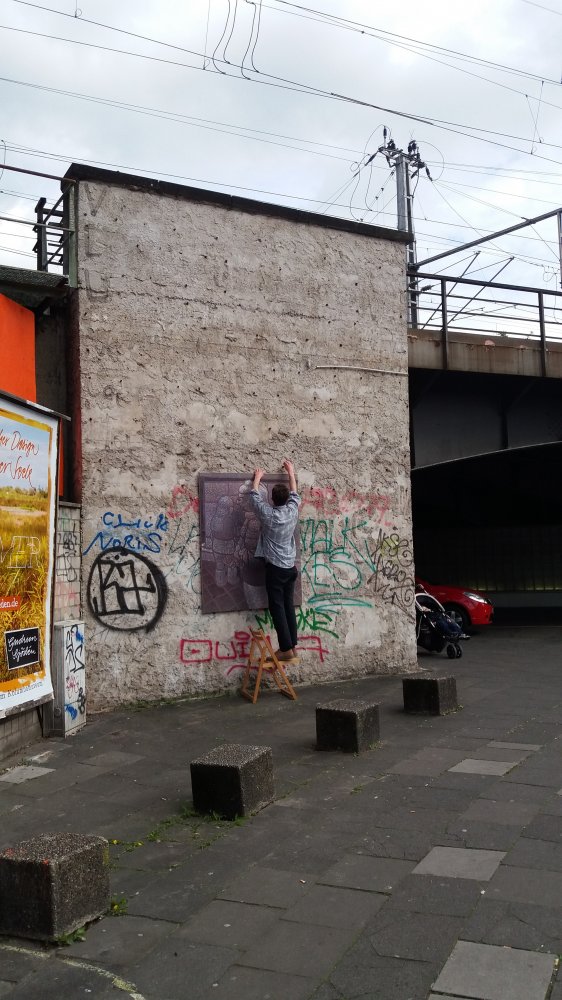 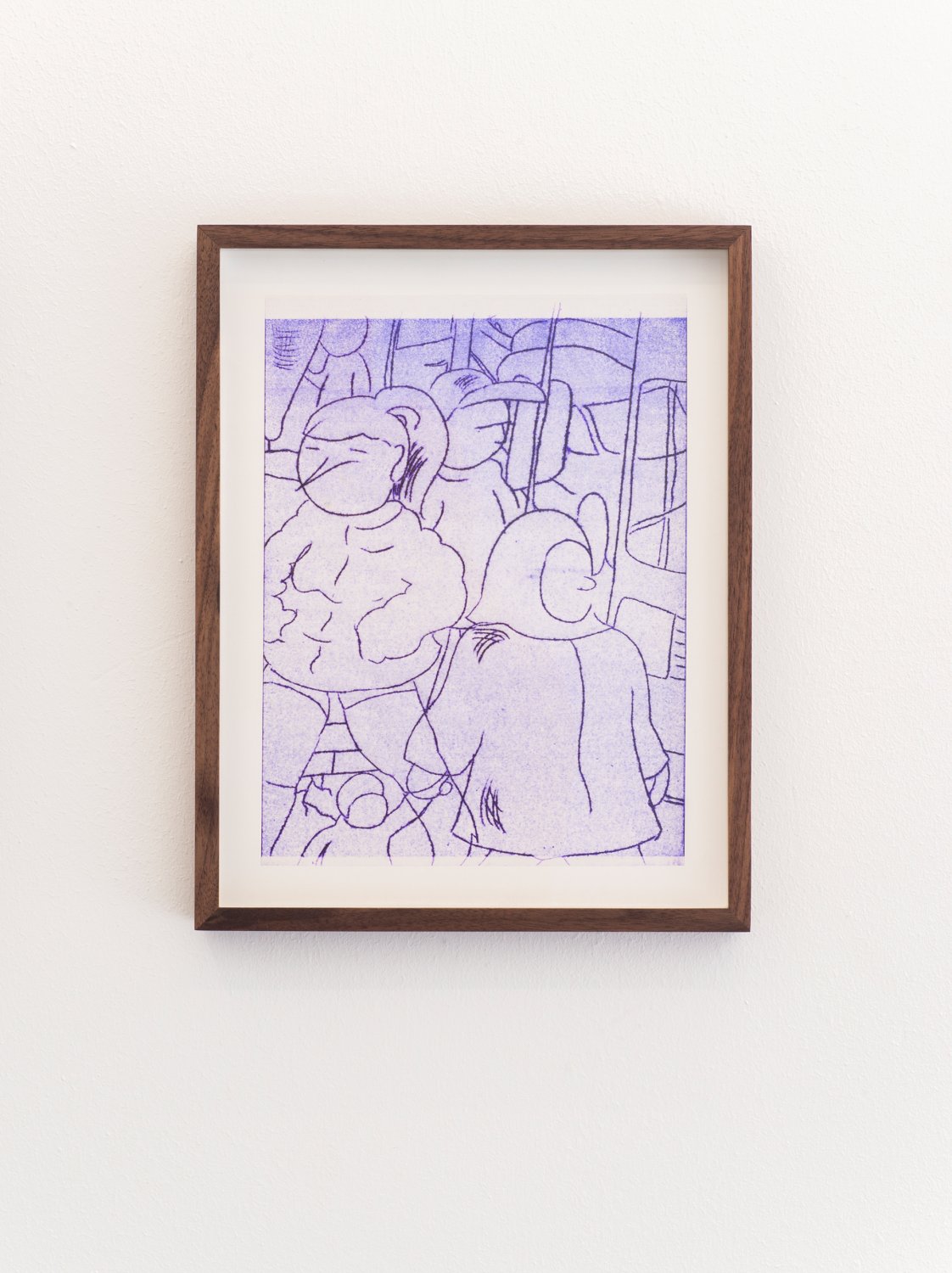 Iconic representation, like the cartoon, resonates with the internal world.
Originating in the part of the brain that perceives where one’s body is even
when eyes are closed, icons relate to the picture held inside at all times
of not only the position of the body in space, but also the placement of all
which acts as an extension of the body. This form of perception is what
allows us to sense where the car is when we’re driving, or whether we’re
smiling or frowning in a conversation. When everything in an image is
represented in the same iconic language, from the figures to the background,
we see a world in which life pulses through all material equally.
In this world, everything, animate or inanimate, has subjective potential.

Maximilian Kirmse works with a consistent iconic language throughout his
drawings and paintings. Building a world in which figures are made from the
same set of shapes as trees, sidewalks or buildings, Kirmse depicts scenes
from his neighborhood, Berlin’s Schöneberg.
The circle which forms the head of a figure driving in one painting becomes
interchangeable with the head of a figure about to cross the street in another,
or the satellite dishes in yet another. Each image shows us a different moment
from everyday life, but through iconic language, and the consistency of the
overlying texture, carry an equal weight.

This equality and homogeneity does more than just create an aesthetically
cohesive world. In choosing to represent common, relatable scenes through
iconic language, Kirmse posits an effort to perceive the world without hierarchy.
Representing difference through one taste. Observational drawing and painting
traditionally points out importance through what it chooses to represent.
Kirmse decidedly chooses the common and everyday, and from the mundane to
the perverse within each day, gives each scene an equalizing treatment. 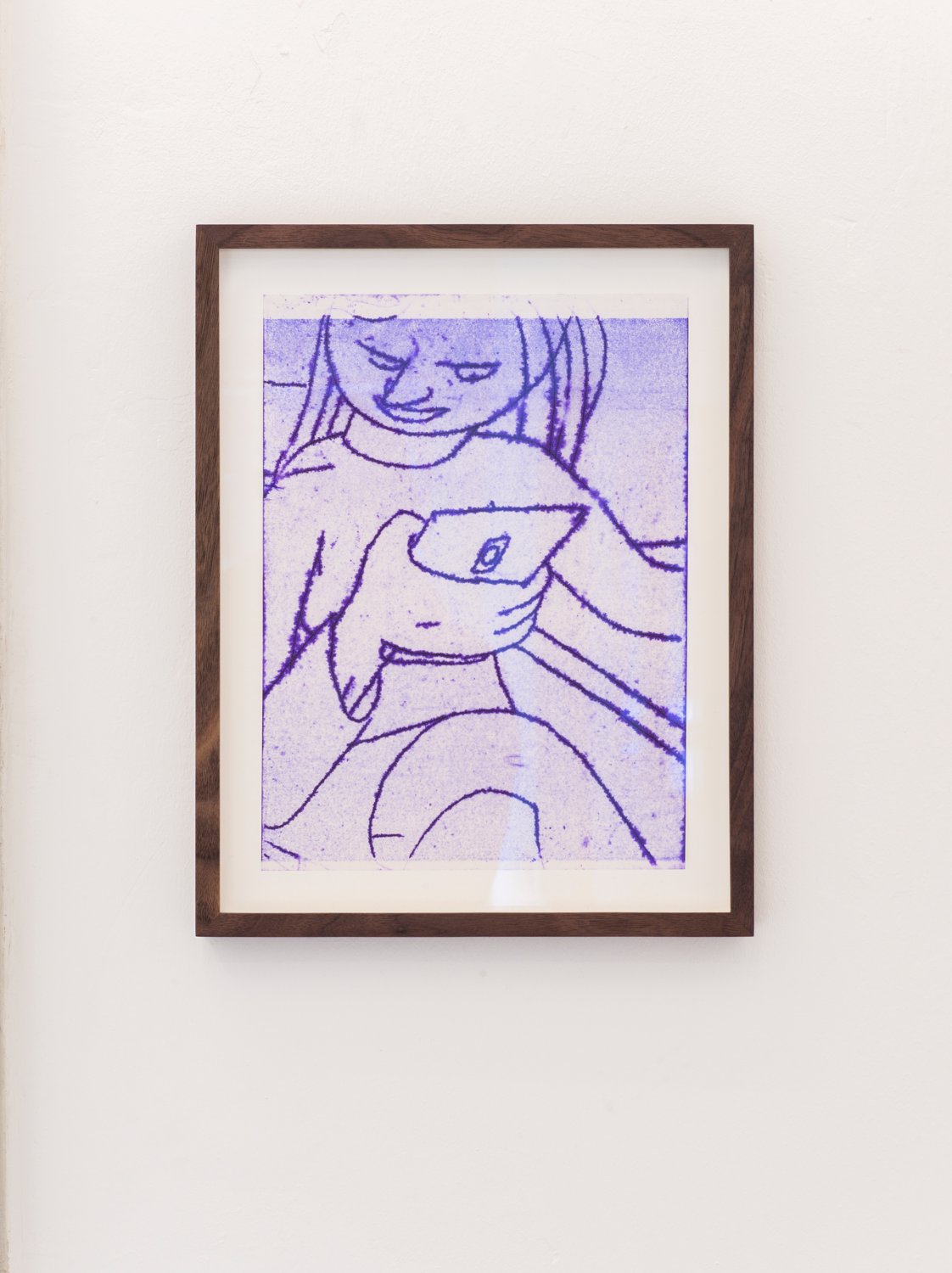